NGHE AN PROVINCE – The north-central province of Nghe An province works hard to lure more visitors. The province is striving to welcome 5-5.5 million tourists by 2020 and increase tourism earnings by 17-18 percent each year. It also aims that tourism will account for 4.5-5 percent of the province’s gross regional domestic product (GRDP) and generate jobs for more than 45,000 laborers. Nghe An has been working with the Vietnam National Administration of Tourism and the Vietnam Tourism Association to participate in annual tourism promotion events in traditional foreign markets of Thailand, Laos, Japan, China, the Republic of Korea, Singapore, Malaysia and Indonesia. The province has also promoted itself in new and potential markets such as France, Germany, the UK, Russia, the US, Canada and India. Several fam trips are arranged in a year for foreign delegations to explore the province.

Accordingly, tourism publications with updated maps and information have been introduced in various languages to serve international tourists. New tourism kiosks have been set up recently in Nam Can and Thanh Thuy border gates. In addition, Nghe An has drawn more investment in high-quality tourism services to meet current demand and increase tourist’s expenditure in the province. Director of the provincial Department of Tourism Nguyen Manh Cuong affirmed that Nghe An has built a mechanism to encourage the participation of local organisations and people in tourism and investment promotion. The province will collect visitors’ opinions to devise suitable methods for tourism promotion, along with local tourism products and services, he added. Training classes have also been organized to improve qualifications of tourism workers in terms of tourism knowledge, service skills and foreign languages. Nghe An received more than 3.5 million visitors in the first half of 2018, including nearly 70,800 foreign tourists, a year-on-year rise of 18 percent

This site uses Akismet to reduce spam. Learn how your comment data is processed.

TOURISM & TRAVEL SERVICES
VIETCOMBANK Binh Thuan
Bank for Foreign Trade of Vietnam
Account number: 062.1000.432304
Swift Code : BFTVVNVX.
We accept Visa, MasterCard, JCB.
We are a small group of people who absolutely love Mui Ne and actively working in tourism industry since 2008. Liveinmuine.com (KY NGUYEN TRAVEL MEDIA COMPANY LIMITED) is Vietnam’s tour operator and full-service travel agency. We speak Vietnamese, English, Finnish, Estonian and Russian. Liveinmuine.com offers leading resorts, apartments, and villas for your vacation in Phan Thiet, Mui Ne. You can also book a quality airport transfer, sightseeing tours, visas through us, as a package, and save time and money. Our experienced travel consultants always here and can help you to customize your trip and make all the travel arrangements for a tailored vacation experience.
Hosting by Pressdom | Copyright © 2011 - 2019 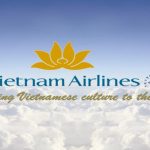